This 1999 paper by Professor Michael Shayer is of enormous significance for the future of the English education system and the way that school students are taught in our classrooms. It emerges at a critical time, when the UK government, through academisation, is stepping up the pressure on schools to enforce teaching through a diametrically opposed ideology, which is more likely to stunt than to promote cognitive growth.

Shayer’s paper is concise, clearly written and readily accessible to the non-specialist reader. I recommend that it is read now, before progressing with the rest of this article.

This report presents data from the 1999 GCSE results of schools which started to use ‘Thinking Science’, the curriculum materials of the Cognitive Acceleration though Science Education (CASE) project, in 1994 assisted by a 2-year PD programme offered at King’s College, London. CASE is delivered in Years 7 and 8, so this is the most recent opportunity there has been to investigate the long term effect of CASE on students’ academic achievement. Data from eleven schools were analysed. Selection of the sample is described and brief characteristics of the schools given. Unlike previous reports on the effects of CASE, this sample includes selective schools with relatively high-ability intakes. The method of Value-Added analysis employed is to look at the mean ability of a school’s intake to Year 7 and at the mean grades and percentage grade C and above obtained in GCSE examinations taken at the end of Year 11. For a set of control (non-CASE) schools it is possible to establish what mean GCSE grades would be expected from any level of intake. Note how closely, in the control schools data, the schools’ GCSE results for a school are determined by the level of the school intake at Y7. The extent to which the actual GCSE grades obtained by the CASE schools exceeded these expectations can then be measured. The analysis is shown for GCSE science, mathematics, and English. In every subject and for every school CASE seems to have created real ‘Added Value’ on academic achievement, and in the great majority of instances this reaches statistical significance. The long-term, far-transfer effect of CASE is once again confirmed, and is now extended to include selective schools with above-average ability students.

In order to assess whether a school’s GCSE results are good or not it is necessary to compare them with the results of schools with similar Year 7 intakes. This means that we need some common measure of the ability of students entering the school. The way this is done for the CASE project is to administer a Piagetian Reasoning Task (PRT) to the whole school intake soon after they  start Year 7. Similar results have been shown using CAT tests.

I assume CATs scores were not available for some or all of the schools.

PRTs have been shown to be good predictors of future learning in major school subjects, particularly in science and mathematics. Thus from the mean intake level for a school it is possible to estimate the most likely set of mean GCSE grades that will be obtained by that school.

This is the same method that I used to predict PISA scores on the basis of national IQs, in this article.

We now come to the results. These are summarised in the charts (Figs 1-6). These bear a striking similarity to the Cumbria LEA GCSE results/CATs  chart , which can also be found in this article.

The schools on my chart correspond with the control schools on the Shayer charts. Shayer uses percentiles on the X axis, not standard scores, which is better, but crucially they all demonstrate the high correlations between the GCSE measures and the PRT/CATs scores, which is important confirmation of the inherent soundness of the argument that cognitive ability/IQ is the prime driver of GCSE attainment. The Shayer charts show (yet again) that this is true not just for science, which was the context for the CASE intervention, but also for maths and English.

Note also the huge range of intake abilities of the schools. School H is below the 20th percentile and school C is above the 65th. Shayer makes the important  point that this huge range is typical of the enormous differences in intake abilities of secondary school admission cohorts. In this, once again, the Shayer charts are very similar to the Cumbria chart. Professor Gorard’s recent work comes to the same conclusion in terms of Socio-Economic Status (SES)

I will let the conclusion of the Shayer paper speak for itself. It is impossible to over-emphasise the huge significance of this piece of work.

The data presented in this report confirm the substantial effect of Cognitive Acceleration (CA) methods on students’ academic achievement.

There is a long-term effect – it lasts at least three years after the end of the CA intervention. There is also a far-transfer effect: although the CA reported here was delivered by science teachers in science lessons with activities set in a science context, the students who experienced the activities attained significantly higher grades in English GCSE.

By far the most likely mechanism by which this happens is that the CA activities have a fundamental effect on students’ general ability to learn, and that they can then turn this generally enhanced learning ability to bear on all school subjects.

This confirms the conclusion of the more recent work carried out in Finland.

But these data are more than just the latest in a long line of evidence for the long-term,  far-transfer effect of CA (see endnotes). For the first time, data from two selective schools have been obtained and although the sample is not large, it is sufficient to falsify the hypothesis that ‘CA only works with less able students’. If you look back over the figures and tables presented in this report, you will see that school B, a girls’ grammar school, and school C, a boy’s independent school, have consistently made amongst the largest gains in GCSE grades, beyond those even they would have expected.

The data of this report add significantly to the already strong evidence for the consistency and generalisability of the effect of Cognitive Acceleration.

‘The Long-term effects of Cognitive Acceleration on students’ school achievement’, November 1996 by Michael Shayer, Centre for the Advancement of Thinking, King’s College London, 1997 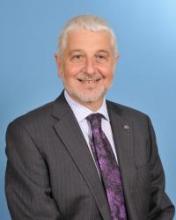 CASE is another of the vast

CASE is another of the vast number of valuable developments in education that have been lost due to policy amnesia. As a head I remember seeing extremely impressive progress  made under the leadership of a senior leader who introduced these apporaches.

Brian, I am trying not to be

Brian, I am trying not to be Party political and don't expect you to comment, but the amnesia to which you righly refer has been led by Multi Academy Trusts (MATs) with the support of a deeply free market, ideological DfE.  After decades of complicit Labour government support for marketisation and Academisation, Angela Rayner's speech at the Labout Party Conference is at long last a significant break from the past, hopefully heralding a return to proper educational research in academically reputable university Schools of Education such as UCL.

The fact that this research

The fact that this research dates back more than two decades and is producing robust evidence that teaching for cognitive growth produces clear and consistent results, suggests that anyone really interested in improving educational outcomes for ALL pupils needs to take notice. During this same time frame, we have seen successive governments 'reform' assessment, the curriculum, examinations and introduce a plethora of newly designated school structures to tackle underachievement and reduce social-inequality, all to very little effect.

The call to base change on strategies and reforms proven to make a positive contribution to teaching and learning is recognition that we can and must do better. The work of Michael Shayer and others, exploring ways in which we can increase levels of cognitive ability in the general school population, is key to achieving this. There are obstacles to ensuring the lessons from research are implemented. These include the failure of political leadership to set aside ideological bias in spite of evidence to the contrary, ineffective challenge from the profession over unproven changes to pedagogy and practice and the unwillingness of the media to maintain pressure on policy makers to justify chosen reforms.

Roger, you are right to declare that this research by Professor Michael Shayer is of enormous significance for the future of the English education system and the way that school students are taught in our classrooms. At the end of 'Learning Matters' you write that Kuhn believed " paradigms acquire a high degree of inertia and are not easily abandoned, Contradictory evidence is not enough until the amount and quality of such evidence reaches a tipping point. Where the paradigm has been adopted by the state as an official orthodoxy it is especially hard to overcome."

It is my hope and belief that we are reaching such a threshold and that this latest research will add enormously to the process. There is equally relevant belief in the notion that there is nothing so powerful as an idea whose time has come. This thread deserves extended debate.