A family's experience of selective education: the divisions and unrealistic expectations placed upon us 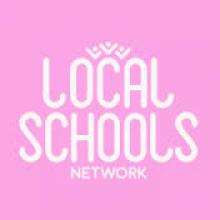 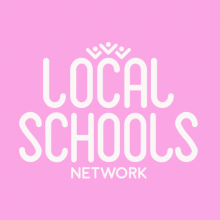 Permalink Michele -Lowe
Tue, 17/11/2015 - 12:05
This is a story we so seldom hear. Thank you both for having the courage to voice it. In all my reading around the subject of grammar schools, watching TV programmes on the subject (I'm thinking of The Grammar School: A Secret History, which was a love letter to the system) I don't think the point about social divisiveness ever really comes across. I'd like to watch a programme entitled: Why We Got Rid of the Grammars. Except, we didn't entirely. The mantra of 'the grammar school which made me' is chanted so often and so loud it drowns out all debate. If you have the stomach for it, yours is a story which deserves a wider airing.

Permalink Sarah
Tue, 17/11/2015 - 12:18
I find it so frustrating that people buy in to the idea that secondary modern schools are 'poor performing'. Of course if the local grammar school creams off a quarter of the children who perform well in tests at age 11 then of course that means that the other schools in the area have a much lower proportion of such children. And so nobody can be surprised in the slightest that the two schools will occupy quite different positions in any league table.

Clearly some non selective schools in selective areas perform better than others but it's the league tables of raw results that parents see and which influences their view of which school is the most attractive.

There's never a clamour for more secondary modern schools (which is what you get by default when you introduce more selection into an area). The whole campaign for more grammar schools is so unbalanced, blinkered and evidence-free.

Permalink Janet Downs
Tue, 17/11/2015 - 12:35
I worked in non-selective schools in a selective area throughout my teaching career. Our school was heavily creamed. No surprise then that we were quite a way down local league tables. But no recognition was given to the fact that our intake was skewed to the bottom end. In fact it was very difficult to say this because the children in the school thought it meant we thought they were all 'thick'.

We were subjected to letters in the press about our 'poor' results. This reached a crescendo when a secondary free school was mooted (to provide a more 'academic' curriculum) - hardly a week went by without someone saying how the school where I had worked had 'failed' for decades.

The free school didn't get the go-ahead. But selection would have remained the elephant in the room even if it had. It, like the existing secondary school, would have been regarded as second best. Very few local parents would turn down the chance of sending their child to a nearby grammar if their child passed the 11+. The non-selective schools were (and are) regarded by many as being for those who 'failed'.

Permalink tested (not verified)
Tue, 17/11/2015 - 13:32
Thinking critically about education, secondary modern academy schools form part of the selective school system. Wouldn't it be better to campaign for an end to educational apartheid, for diverting money from being wasted on testing at 11 and on academies into local infrastructure? Many schools simply struggle because they are located in very deprived areas where there is selection.

Permalink Leah K Stewart
Tue, 17/11/2015 - 12:40
Yep, thank you for your courage in expressing yourselves. Will you be at the Comprehensive Futures Conference? I went to grammar, my brother not and I know exactly what you mean about the home-school transport, though it wasn't directed at me but at my friends, my brother and his friends - it still hurt like hell and got me questioning many things. But the world seemed to say; this is fine, this is how it's meant to be, you can get ahead, you can get out, we've given you an opportunity, be grateful - in the end I was only questioning myself for being so stupid and confused about the meaning of the word education. As a society we'll grow out of external, enforced selection. We'll get there though more people like you expressing how it feels to be subject to it, regardless of which side of the knife we find ourselves. Thinking about it, once in school it was nearly "fine" because we were all treated the same, but outside the world treated us differently depending on our school - a choice that isn't ours and can't be changed. This makes no sense. It's probably why I had a go at uniforms in this piece quite a while ago; https://tackk.com/first-proposal My style has calmed down and evolved since then, but a teacher wrote to me on this a while ago calling it a good 'micro-analogy' for the macro-issues in our system. You might find something in there of interest.

Permalink Linda starkey (not verified)
Tue, 17/11/2015 - 12:55
Until Comprehensives arrived we all had stories of the selective system being unjust and socially decisive. But just to cheer your readers up a bit I have a short story. I was teaching in Brent in 71 when I got a phone call from the the. head of Haverstock Comprehensive. he informed me my eleven year old daughter was there to interview him. She had officially got into the local Camden Grammer School. He Informed me that she was insisting in being allowed to go to Haverstock on the basis that if children like her were not allowed in the Comprehensive system would not work .I signed the papers and she went , got the appropriate grades at o and a level, went to college , got a first, did an MA while teaching and having three children and has been producing for the Beeb ever since.Her friends reflect the whole of society.

Permalink Leah K Stewart
Tue, 17/11/2015 - 13:03
Whey! What a gutsy thing for her to do - very cool. Something like that would have never crossed my mind as being 'allowed' as a student. Now I don't care what's allowed or not. Great story, thank you Linda.

Permalink Janet Downs
Tue, 17/11/2015 - 13:02
Anyone nostalgic for grammars should read Mary Beard's review of 'So the New Could Be Born: The passing of a country grammar school'. She writes:

'...underneath the simple story of the book there is an important message. Market Drayton Grammar was not unusual in its mediocrity. Fifty or sixty years ago many such schools were equally bad or worse. We usually assume that the losers in the selective system were those who failed the 11-plus examination and were consigned to the secondary modern schools...But many of the pupils at the grammar schools were losers too. It was only a very few exceptional children – the Alan Bennetts of this world – who were the beneficiaries of the social and academic mobility that selection is often assumed to have offered. Most of those in the B or C streams of schools such as Market Drayton Grammar left formal education almost as unqualified and disgruntled as those from secondary moderns.'

That was then, of course. But it is to this era that those who support the grammar school/social mobility argument refer. They completely ignore not only the 75% who went to secondary moderns but the large number who left grammars with few qualifications.

The only possible justification for selection fifty odd years ago was that exams were aimed at the top 25%. It was, therefore, necessary to choose at age 11 which pupils would take exams at 16. I don't support this justification - it became increasingly obvious when secondary moderns started offering O levels that many 11+ 'failures' were capable of taking these exams. As soon as exams became universally available there was no need to divide children into academic and non-academic at 11.