This Weekend's Survation poll found that 26% of voters changed their mind during the campaign (table 32) and, of those, 10.4% gave the reason as school funding policy (table 33). Now 32.2 million people voted last week. Project those percentages onto the national vote and you get:

Voters that changed their mind due to school funding policy: 871,000

This is a real tribute to the broad based campaign across the country that showed that education matters. It involved the various school unions, teachers, headteachers and parents. Grass roots gropups were set up across the country. It became a huge issue on the doorstep and one that Conservatives had no answer to.

There has been much debate about how much effect campaigning has. Well we can be pretty sure these 871,000 found out about school funding as a result of the School Cuts campaign. And without those votes, it is equally certain that we would now have a Conservative majority government.

On the school cuts web site, created by NUT campaigner Andrew Baisley,  you could find out exactly how big a cut your local school would face - and the equivalent number of teachers that this represents.

It shows the power of big data and the key role of providing the tools for the wider campaign. As Newsnight's Chris Cook has commented, "@cyclingkev (NUT's Kevin Courtney) and @andrewbaisley may have run the most successful union campaign in recent history."

The Survation poll indicates that school funding had almost as much effect as "social care policy" (the dementia tax), which got much more media attention. Social care policy was responsible for 11.6% of the switches. (Respondents were only allowed to choose one option.)

I just love this. It means that campaigns work even more effectively in the digital age, that a grass roots campaign can have a real effect and governments can no longer hide. And, best of all: voters really care about our schools being properly funded.

Note: My first tweet on this suggested 755,000. Apologies, this was a miscalculation.

Note: The Survation poll doesn't actually say which way they switched. It is possible that some switched to the Conservatives because they wanted education cuts, but this seems unlikely :) 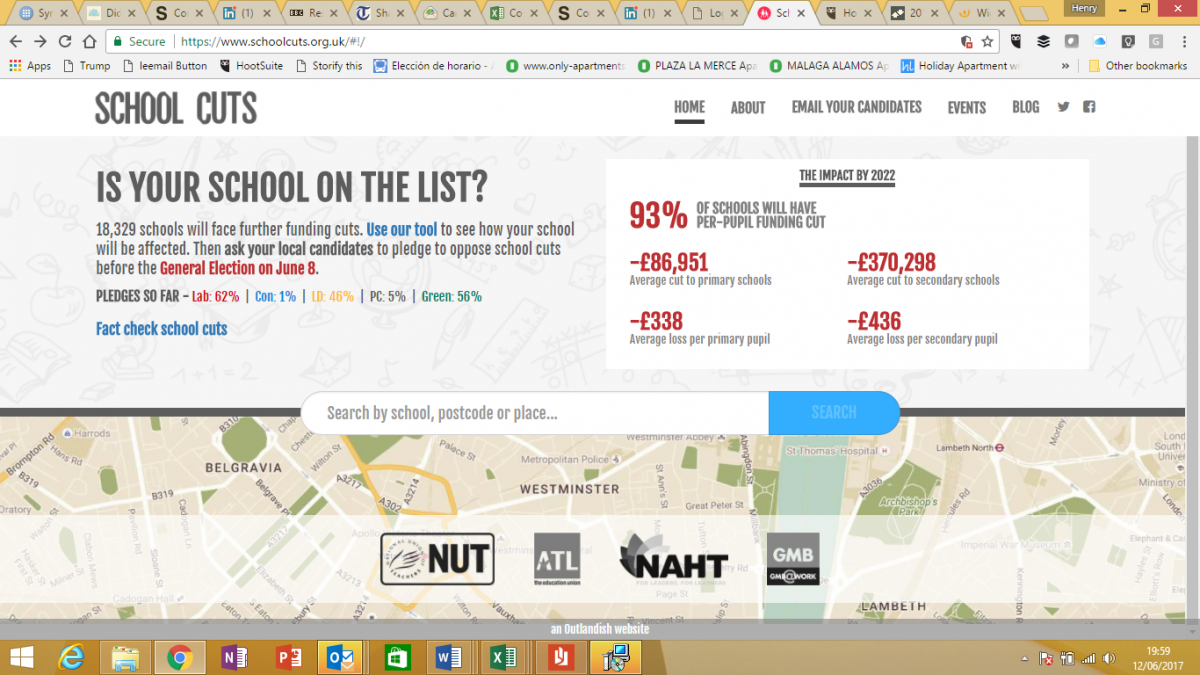