This lady's not for evidence 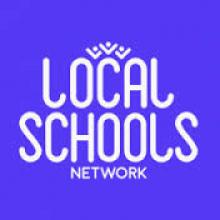 Britain’s favourite civil servant, Sir Humphrey, once said of Prime Minister Hacker, “If he can’t ignore facts he’s got no business being a politician.” When it comes to grammar schools, Prime Minister May seems disinclined to prove him wrong.

In recent weeks, casting around for a defence for an evidence-lite policy, May and Education Secretary Justine Greening have trotted out a number of timeworn claims. One of these, which has gone largely unchallenged, is that more grammar schools will help to redress the current unfairness of ‘selection by house price’.

The trouble is, the evidence shows that the government will simply be substituting one form of social selection with another – and institutionalising it for good measure.

Presumably selection by house price is not a good thing because it is arbitrary and divisive. Yet the evidence shows that this is also a fair description of the 11-plus. In fully selective Buckinghamshire, over 8000 children sit the 11-plus each year. But in 2014, just ten children on free school meals passed the test – a success rate of 4%. The pass rate for children at private schools is around 60% and for state school pupils 22%. Children from the wealthier districts of the county do twice as well as children from the poorer districts.

What’s more, go a little deeper into the problem of selection by house price and the evidence makes uncomfortable reading for grammar school devotees. A report published last month by Lloyds Bank found that the schools attracting the highest house price premiums are all grammar schools. Three of the top five are Buckinghamshire grammar schools, among them Sir William Borlase Grammar School which has designs on an annexe in the Prime Minister’s constituency.

In other words, it is grammar schools that create the worst problems around house price inflation. It is hardly surprising. Selective authorities like Kent and Buckinghamshire have the largest achievement gaps in the country. If parents perceive there to be a gulf between the best and the worst schools on offer, they vote with their feet. And so pockets of social exclusivity emerge and a self-reinforcing problem is created.

This is the system that May would extend. In so doing, far from addressing the unfairness of selection by house price, her government will ensure the problem is exported to all areas.

So children from lower-income homes will suffer a double whammy, muscled out by children whose parents not only can afford expensive tutoring, but can also buy their way into the most desirable grammar school catchment areas.

“When it comes to opportunity, we won’t entrench the advantages of the fortunate few.” These were some of May’s first words after becoming Prime Minister. If she is to succeed in making them more than words, she will need to show a greater interest in the facts than she has to date, or she will end up bearing out another of Sir Humphrey’s utterances: “Government policy has nothing to do with common sense.”

oooh, interesting. I'm absolutely loving learning about all this especially from the perspective of civil servants. Here's what the Chief Analyst/Scientific Adviser to the Department of Education Tim Leunig said at the recent ResearchED conference (which I qoted in my latest blog post 6 Lessons from Policy Advisers on Influencing Education Policy);

"So I say to those of you that believe a move to grammar schools would be the wrong outcome, you need to think not just about changing governments view, but about changing the view ‘out there’ – Politicians do not by and large do things that nobody wants to happen"

He's a compelling speaker and this part of his talk has got me reflecting hard on the work I’ve done to reveal my perspective and personal understanding to others in a way that’s accepted by them. Lots to do! Keep up the great work.