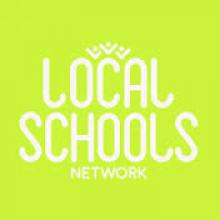 The current controversy over the owners’responsibility for the collapse of the high street retailer BHS – on top of the shareholders’ revolt over the pay increase for the Chief Executive of BP, the revelations about the use of tax havens in the Panama leaks, and the criticisms of tax and benefits cuts in the March budget – all highlight the way in which how, after climate change, increased economic inequality has become the principal challenge facing the rich Western economies.

In the book I am currently writing – Why Has Economic Inequality Increased and What Do We Do About It? – I attribute these increased differentials in income and wealth to a combination of historical developments such as globalisation, computerisation and status competition and the Neoliberal reforms introduced in many countries, but especially in America and Britain, since the late 1970s/early 1980s.

These reforms – deregulation, privatisation, the cutting of taxes and social security – uncovered the concentrationist tendencies within market capitalism and stimulated financialisation and ‘winner-take-all’ markets as well, ironically, as various forms of personal, professional and corporate rent seeking. The deflationary macroeconomic policies associated with these structural reforms exacerbated the problem of inequality without any compensating benefits in economic growth or efficiency.

I argue that what is needed is a radical programme of reform embracing tax avoidance and rent seeking; increases in direct, and reductions in indirect, taxes; increased taxes on wealth and inheritances; a basic, fixed minimum income linked to a contribution to society; more active labour market programmes; a strengthening of labour market institutions (trade unions, collective bargaining); a stronger state role in regulating product and service markets; reforms to corporate governance to align executives’ decisions more closely to companies’, nations’ and communities’ long term interests; macroeconomic policies that focus on wage and employment quality rather than inflation; and state funding of political parties to constrain  the hold of either labour or capital on democratic politics.

What does all this mean for education?

There is ample evidence that to a very large extent differences in pupil, school and community progression and attainment reflect underlying differences in income, wealth and socioeconomic status. This means that there are limits to what schools and colleges can do to compensate for these factors. But it does not follow that when it comes to combating inequality, education policy is irrelevant.

In the book I propose a number of changes in education policy that could accompany and reinforce the economic reforms just outlined. The starting principle is that all schools and colleges that are publicly funded – whether directly or indirectly, through tax breaks or concessions – should be as alike as possible in socioeconomic intake and resources. In this way, someone’s background, and/or where they live, would make little difference to what kind of institution they attend or the education they receive.

Instead of academy chains or local authorities, local ‘middle-tier’ educational commissions should be responsible for strategic planning to ensure a sufficiency of school places, home-to-school transport (local travel-to-learn patterns would largely determine the commissions’ boundaries), support for special needs pupils, and school improvement.

The commissions should be run by a combination of people with relevant experience and expertise, directly elected members, and representatives of other groupings such as employers, trade unions and faith communities. No school or college should be able to choose its pupils. School and college admissions should be administered by the local commissions who would ensure that, so far as possible, each institution has an intake that is balanced in terms of students’ backgrounds, aspirations and abilities.

There would continue to be higher rates of funding for schools with greater proportions of pupils from disadvantaged backgrounds. Finally, schools that clearly promote or protect social segregation – faith schools and independent schools – should lose all state funding and become wholly private (unless they were prepared to become part of the state system).

The Prime Minister and other Ministers are keen to talk about equality of opportunity. But this is never properly defined. If we are to achieve true equality of opportunity – where what someone achieves is limited only by their ambitions and efforts, and not by any ‘external’ factor – then we have to try to create an education system that is as unsegregated by economic or social capital as possible. This would not only be morally right and socially just: recent research by economists at the International Monetary Fund and the OECD suggests that it would be economically beneficial as well. What are we waiting for?

Interesting thankyou. But why

Interesting thankyou. But why introduce a new middle tier of commissioners? Dividing up the responsibilities of local authorities isn't making the general public more interested in those areas of public service, or central government less likely to do them great damage.

Your analysis is sound, but

Your analysis is sound, but your solution to the degradation of the education system brought about by marketisation seems odd. All over the world in the best performing education systems local schools are managed, organised and regulated by Local Authorities. Those are the obvious bodies that should take back regulatory oversight of our schools. The following is an extract from Section 5.7 of 'Learning Matters'.

Before the 1988 Education Reform Actxe "1988 Education Reform Act" the world of English schools was entirely different to the present day. I am not making a value judgment about this and will leave that to the reader – some will regard the period as thankfully discarded lefty anarchy.  In those days individual teachers and schools had a very high degree of autonomy. There was no National Curriculum, no OfSTEDxe "OfSTED", no government initiatives and no government involvement or interference whatever in the curriculum and teaching methods practised in schools.

This is not to paint a picture of an English education system of universal teacher driven radicalism. Most schools in the country remained staid institutions that had changed relatively little since the passing of the 1944 Education Actxe "1944 Education Act" that established the principles of the post-war British education system. The character of local schools was strongly influenced, but not controlled, by Local Education Authoritiesxe "Local Education Authorities" (LEAs). This was exactly the intention of the 1944 Act. A uniform national framework of schools was created within which diversity on the basis of elected Local Authorities was encouraged, with freedom from government interference deliberately built into the system. This was in part a reaction to the then recent sinister history of state control of the school curriculum in Nazi Germany and the Soviet Union.

It took the election of Margaret Thatcherxe "Thatcher" in 1979 to begin the dismantling of this consensus of non-interference in schools by the government. She is on record as stating that her greatest regret was not getting rid of ‘left-wing’ LEAs much sooner. However belated, Kenneth Baker’s free market Education Reform Act eventually did the trick, with the new centralised powers further exploited by the 1997 Blair government. We now have an education system entirely managed and controlled by the government from London, with LEAs abolished in name and emasculated in function. Teachers have now largely become downgraded to educational operatives charged with ‘delivering’ the latest initiative, or at the whim of the personal prejudices of the sponsors/owners of the new Free Schoolsxe "Free Schools" and Academiesxe "Academies", be they powerful individuals, private companies and charities, or faith based religious organisations.

Section C5.13 contains my own proposals for, 'A Step by Step Way forward', which is further explained here.

I wish you well with your book. In relation to education policy I am sure you would find much to interest you in, 'Learning Matters'.

As you mention the "Panama

As you mention the "Panama Papers" in your first para, can I just draw people's attention to this relevant cross reference?