‘Ten Facts You Need to Know About Academies’.  That’s the latest Department for Education press release.

The DfE tries to dispel what it regards as ‘myths’ surrounding academies by giving the ‘facts’.   But the facts are disingenuous.

DfE Myth One: ‘By making every school an academy, education is being privatised’

Academies ‘are run by charitable trusts’ who can’t run schools for profit, the DfE says.  But academy trusts can outsource their operation to a for-profit provider.  This was recommended in a Policy Exchange document, ‘Blocking the Best’ published before the 2010 election – all that was needed was for schools to become ‘independent’.  Academies are technically ‘independent’ schools albeit state-funded.  Michael Gove welcomed this paper at its launch and said he would let groups like Serco run schools.

The DfE says there are ‘strict rules’ preventing academy trusts from ‘profiting from their relationship’ with an academy trust.   These rules allow for related party transactions as long as they’re at ‘cost’.  But the National Audit Office said, ‘The measurement of ‘cost’ or ‘no profit’ is subjective and will be difficult to evidence and audit.’

The DfE doesn’t produce any evidence about how academies have improved standards in England.  That’s because there isn’t any.  Instead, the DfE goes global: ‘Evidence from around the world clearly demonstrates that education performance is improved by giving autonomy to front-line teaching professionals’.  That’s true.  But the OECD said ‘United Kingdom schools have very often more discretion in decision-making than is the case in many OECD countries.’  That was back in 2010 before Gove said academy conversion offered ‘freedom’ from the dead hand of local authority (LA) bureaucracy.

But LAs don’t control schools.  That myth’s busted in our book, ‘The Truth About Our Schools’.  Multi-Academy Trusts (MATs), however, DO control their academies.  The trusts only allow their academies as much freedom as they wish to – the degree of freedom can change over time or with changes in trustees.   MATs can, if they wish, impose common curricula, teaching methods and resources which may, or may not, be suitable for individual academies and their pupils.

The ‘freedoms’ promised by conversion such as the ability to opt out of the national curriculum are hollow when national tests ensure compliance.  The DfE, in its response to a petition calling for Key Stage 2 SATS to be cancelled, ‘The best way to prepare pupils remains to focus on teaching the new national curriculum.’

There’s no mention in the DfE reply about the proposal to remove the requirement to have parents on academy trusts.  Instead the DfE falls back on denouncing local authority control.  It talks about ‘meddling’ and ‘one-size-fits-all approaches dictated from County Hall’. But, repeat it loudly, LOCAL AUTHORITIES DO NOT CONTROL SCHOOLS.  But MATs can and do.

The DfE argues that it’s only in an academy system that ‘weaker schools’ can be provided ‘with the expert support they need to improve’.  But support doesn’t rely on conversion.  The NAO found informal interventions local support were more effective than formal interventions such as academy conversion.  And such support is, of course, much cheaper than converting schools to academies.

This is the first in a series of articles about DfE alleged myth busting.

This is a companion piece to one by Henry Stewart who debunked ten academy myths last September. 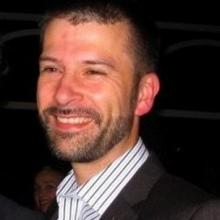 Excellent work Janet. Looking forward to the follow up articles. Would be good to learn more about the NAO report and the evidence that proves informal interventions are more effective than academy conversion. Effectiveness PLUS reduced costs will prove a winner to many MPs and voters. Thanks

Thanks Steven.  The NAO

'...improvements in Ofsted ratings followed formal interventions in 62 (of 129) schools;'

'2,181 schools (of 3,696) that received no formal intervention improved (this does not mean that it is better not to intervene formally, and may be because schools received informal support, or due to other factors that our analysis could not control for)'.