A response to the passing of the Education and Adoption Bill: a dark day for education in England 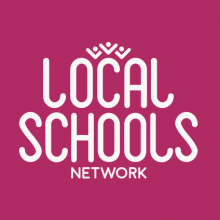 Another day, another press release. On Wednesday morning, the DfE released a statement announcing the passing of the Education and Adoption Bill which represented this Government’s thinly veiled disregard for research that challenges the dominant ideological position that Academies are Good and Council-Run schools are Bad:

The bill will see more schools becoming academies - transforming the education system by giving power and responsibility to teachers on the front line, empowering schools themselves to spread excellence everywhere.

Academies operate under the strictest possible system of oversight and accountability - more robust than in council-run schools - and are challenged to bring about rapid and sustained improvements when they do not reach the high standards we expect.

Why does this matter? We think there are two major, related problems with this.

First, this Bill, with its ratcheting up of the academies programme, is an ideological rather than an educational matter. There is still no conclusive evidence that reducing local authorities’ role in supporting schools in favour of academy sponsors has significant and consistent effects on improving education. This isn’t a new or a surprising development, as the Conservatives have long been proponents of transferring the running of schools from councils to academy sponsors — the 2010 Academies Act demonstrates this quite clearly.

Second, and connected to this, the Bill is a key milestone in the march towards the privatisation of public services. We know the story in relation to the NHS, but for some reason, in education, there is a lot less urgency in acknowledging that this is happening (as this tweet from the Director of researchED shows) and subsequently challenging and resisting such shifts in how provisions are organised and who has ‘control’ over them. As one of the authors of this piece has explained in more detail, academies and their sub-types are state funded, but not state controlled — private interests are central to how the academies programme has been developed. The accountability that the DfE is keen to tout in the above press release is built on sand. Yes, all schools are accountable to parents and the government through Ofsted inspection. Yet when the running and support for local schools is forcibly taken out the hands of local councils and given to academy sponsors, that accountability trail peters out in many ways. Private academy trusts receive millions of pounds of tax-payers’ money, but are not directly inspected by Ofsted as unitary organisations. Parents, teachers or school staff may not choose Trusts’ board members or vote them out, and there is a strong tendency for private interests to have a majority say on academy governing bodies and through that, school leadership.

What connects these two points and is particularly unnerving in this newest legislation is not just the complete removal of consultation with parents and local communities in the conversion process, but the requirement for Councils’ and governors’ compliance. So, academisation is to be literally ‘forced’ upon the teachers, students and parents in schools that are identified (by the government, obviously) as either ‘failing’ or ‘coasting’ and there isn’t anything anyone can do about it. Indeed, stakeholders who might previously have dissented are now required to make it happen. This is a further manifestation of the increasing totalitarianism pervading the education system and its leadership.

So we should not be surprised, only dismayed, that parent consultation has disappeared from this newly intense vision for an academised system. Indeed, the Bill instead assumes logically that the public should have no say in a private, or privatised matter. This is a dark day for public education in England.