The Department for Education has admitted to the UK Statistics Authority* that its quality assurance didn’t prevent the ‘misstatement’ about PISA data by Education Secretary Nicky Morgan. In a speech to the CBI on 9 November, Nicky Morgan said the last Labour government had ‘let down young people, as PISA showed us that between 2000 and 2009 the UK fell further and further behind the countries with the highest educational standards.’

Morgan’s statement ignored an intervention by the UK Statistics Watchdog in 2012 about the use of PISA data. The DfE said they had put in ‘quality assurance processes’ to ensure references to PISA results were checked for accuracy. These specifically said PISA data from 2000 should be used with caution and always accompanied by a warning about non-response bias. The DfE admits quality assurance and fact-checking failed to stop Morgan from including the data in her speech.

The watchdog found the misleading passage had been removed from the DfE’s transcript although the accompanying text had said it was a ‘Transcript of the speech, exactly as it was delivered’. But ‘this was not the case,’ the watchdog pointed out. The accompanying text has now been amended to read ‘original script, may differ from delivered version’. The watchdog said the authority would expect a footnote to be provided when a speech differed from the original script and suggested the DfE ‘may wish to consider adding such a footnote on the changes to the published speech’. To date, that has not happened.

In her One Nation speech on 3 November, Morgan condemned giving a high equivalent GCSE value to vocational qualifications. Equivalence, she admitted, had been used to boost results. She said these exams had been used as a sop for ‘children from poor families’.

But her disapproval of these exams hadn't been evident when she accompanied the Prime Minister on a visit in October 2014 to Charter Academy, Southsea, then hailed as one of the ‘most-improved’ schools in England. The academy’s 2013 headline results of 68% fell to 32% when equivalent exams were removed.

High equivalence rightly no longer exists but many vocational exams can still be taken by Year 11 pupils which count towards league tables although their equivalent value has been reduced. They cannot, therefore, all have been ‘pseudo qualifications’ as Morgan described them. These had been introduced, she said, by politicians who ‘weren’t going to allow their 14-year-olds to settle for qualifications in study skills or nail technology’.

So how many pupils took exams in ‘nail technology’ in 2009/10, the year used in the Wolf report for data about vocational exams? A freedom of information response says there were just 25. Study Skills was more popular – it was part of ‘Key Skills in Improving Own Learning and Performance’. 14,327 took Level 2 in this subject. There were 578,064 Year 11 pupils on roll during 2009/10 so the proportion taking this ‘pseudo qualification’ was about 1 in 40. In any case, it could be argued that study skills is essential not peripheral. It's deemed so important that universities provide information and advice about them.

*letter to author for UK Statistics Authority, 17 December 2015. This should appear on the Authority’s correspondence page in due course.

Permalink Janet Downs
Mon, 21/12/2015 - 11:24
True - but the ruling only applied to the DfE. Having said that, it's less common to find media reports which bang on about plummeting down league tables since 2000. 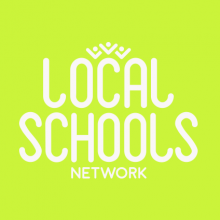