by Janet Downs
Posted: 21 Jul, 2011
1
Lord Griffiths  of Burry Port gave this warning to Mr Gove on14 June 2011: “The Minister [of State for Education], in the short time that he has been at his post, has won the affection and respect of noble Lords on all sides of the House. He is a good listener, which makes it all the more difficult to direct the kind of fire and brimstone that this legislation evokes against his person. He is an honourable man but behind him lurks a lean and hungry man who thinks too much. Such men are dangerous. We are on the verge of implementing measures that will change the educational landscape of our country for generations, and in a radical way…”

“The money to pay for the various provisions described in this Bill, as I understand it, has been snatched from a number of pockets and there are serious consequences to expect from all of them. First, there was the abandonment of the Building Schools for the Future programme which, I remind your Lordships, was intended to renew or rebuild every secondary school in the land. .. Now the BSF programme, intended to reverse these depredations, has been brought to an abrupt end and the money wrung from the wreckage has been poured into the measures before us.”

“Secondly, local authorities are being asset-stripped to finance the freedoms of the new academies. I fear that we will one day rue this emasculation of local and accountable government …”

“Thirdly, the drive to train teachers on the job is replete with danger. We already have a mixed economy in the area of training - why change it? There is plenty of research to show that teachers who are given a formation which combines theoretical and practical elements turn out to be the most rounded and suitable for the classroom.”

“This Bill marks a turning point in our national system of education and will have consequences that we will have to live with for a long time. I hope there will be scope in the remaining stages of the passage of this Bill to improve it and that the Government, like their Minister, will have a listening ear and a competence for change.” 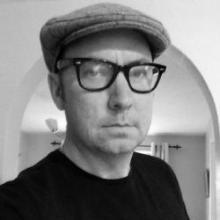 It's his selective hearing that will have far-reaching consequences.